E-ach human being passes by 10 developmental stages in Life-:

These stages start from stage 1 to 10, let’s dive deeper into each stage solely.

All the body forming and we start in composition, the composition of the body structure, mother’s fears about failure delivery and irritation and trouble in her psychology.

At infancy, the infant loves the smell of his mother’s clothes, he is aware that she is his mother, he knows her. His main concern is lactation and nutrition.

This where the show starts and the child starts learning and starting to learn numbers, shapes and observe visual cues and form his speech and writing and rapport.

This is the stage where the child learns deeper and observe and know things and learn science and math and calculation, he forms his logic and conceptions and is aware of his rapport with others and build a self-defence mechanism and his character start to take form.

This is the workshop behind the curtains where he starts to ask and learn and try to win the concentration and wants to create the show. This is the start of being a lady or a young man, where it is so hard to control if not sympathize, in spite this age is critical but many people due to awesome motherhood and awesome parental: they work and prove themselves since this early stages.

These are the thirties when the curtains open and everyone watches the show of the celebrity. Where everyone is following to notice who is going to show and thinking about what he or she will reveal. It is the age of sensory acuity, of deep awareness and sharpness.

The late thirties and the start of 40s age to mid-60s of Accumulated Experience and Recollection of Ideas and Innovation. Learning and Incubation are deeper and the ability to anchor others and tap on their power and influence. Some people get noticed like the nutcracker show and they leave a print and others just live an ordinary life. But the 21st century changed the mindset and everyone started to learn and think big, even if on a small scale, but a lot of people became aware.

This is the Young old and Old, this is the stage where people focus on serenity, contemplation, circumambulation and rituals.

They just try to follow God’s orders and try to treat others better, they become more humble in their dealings and notice their facades and they make charities and some people just travel and try to spend the rest of their life in a peaceful place.

It is the stage where people are eager to read the life story and Know the whole documentary this person achieved. 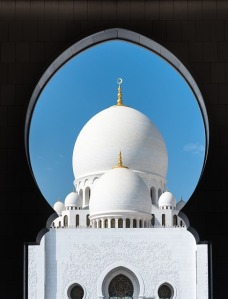 This is the stage where we slumber, either it is a peaceful slumber or just not relieving, everybody witness what he was engaged in his life, either he leaves on a wisdom rapport or hassle adolescence. It depends on the wisdom and the flow he has been in.

May God Enlighten us and bless us with His mercy and make this Life a road of worship and happiness herein and hereafter.

I promise you if you understand this content, you will live the happiest person and implement your Business Plan and succeed.

The 21st Century Edupreneurship 101 LOGIC IS A SUFFIX TO KNOWLEDGE Cosmology an: The Power of Know How click now

This site uses Akismet to reduce spam. Learn how your comment data is processed.

Am Shahinaz El Ramly, Author at amazon, Barnes and Noble and Expanded Distribution. Am Edupreneur and Online Coach. I wrote about 10 Books in different areas, Self Development , Business and Psychology. I teach Edupreneurship 101, the whole course make you a better Leader, Interleave and Gain Awareness in continuous Education. Why take this course with me. Simply because I have excellent skills that you might want to benefit from. My credibility is my author ship on amazon and ISBNs.

My Life Self Improvement

Potent Self Development ‘The Cogent Quads’

The State of the Body,Mind, Primer in Modern Psychology

I love to hear from readers. Connect with me: Email me: shahinazelramly@essdscom.net on Twitter: Creative@Raml@TheRaml On Facebook: ESSDS@Nadzinaz